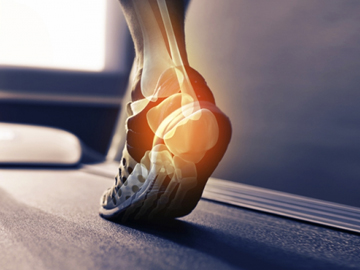 The objective of this study is to summarise and analyse the current literature about what progression criteria are applied in loading exercise programmes in lower limb tendinopathies and their evidence and effectiveness.

Methods: PubMed, Embase, Scopus and PEDro were searched from inception to 24 September 2020. The inclusion criteria were randomised controlled trials that included patients with midportion Achilles, patellar or gluteal tendinopathy; assessed function, pain or performance; included at least one group where progressive physical exercise was administered as monotherapy; included at least a control group. We excluded studies that included subjects with previous tendon surgical treatment; studies with control group that conducted a supplemented modality of the exercise performed in the intervention group. A narrative synthesis was conducted. Cohen’s d and the percentage of change of main clinical and performance outcomes were obtained. Methodological quality was assessed using the PEDro scale.

Results: Thirty studies that described progression criteria were included. Six types of criteria grouped in two categories were identified and included in a new classification proposal: pain as a primary criterion (evoking and avoid-pain based), and pain and symptom control as a secondary criterion (conditioning stages, fatigue-based, subjective perception and temporary linear increase). Most of the studies applied a pain-based criterion. Criteria based on conditioning stages were also commonly applied. Other criteria such as fatigue, a temporary linear increase, or the subjective perception of the patient’s abilities were occasionally applied.

Conclusions: There is a predominant use of pain-based criteria, but the utilisation of these criteria is not supported by strong evidence. This review evidences the need for studies that compare the same exercise programme using different progression criteria. A new classification of the existing progression criteria is proposed based on the use of pain as the primary or secondary criterion.